The border of Nepal reached 89 in Uttar Pradesh of India, Nepal has not been tested yet.

The number of people infected with the mosquito-borne Zika virus has reached 89 in 15 days in Kanpur, Uttar Pradesh, India, bordering Nepal. With the results of the test report coming out on Sunday, the number has reached 89, adding 10 new infections. On Saturday, 13 new infections were found.

Uttar Pradesh Chief Minister Yogi Adityanath has said that as the Zika virus spreads aggressively in Kanpur, testing should be intensified and hospital infrastructure development should be expanded. According to the district health department, no one has been infected so far but pregnant women are being kept under special surveillance.

Experts have said that Nepal is at risk as mosquitoes can spread the virus everywhere. Health experts say that there is always a high risk of Zika infection in Nepal and other infectious diseases including Zika. 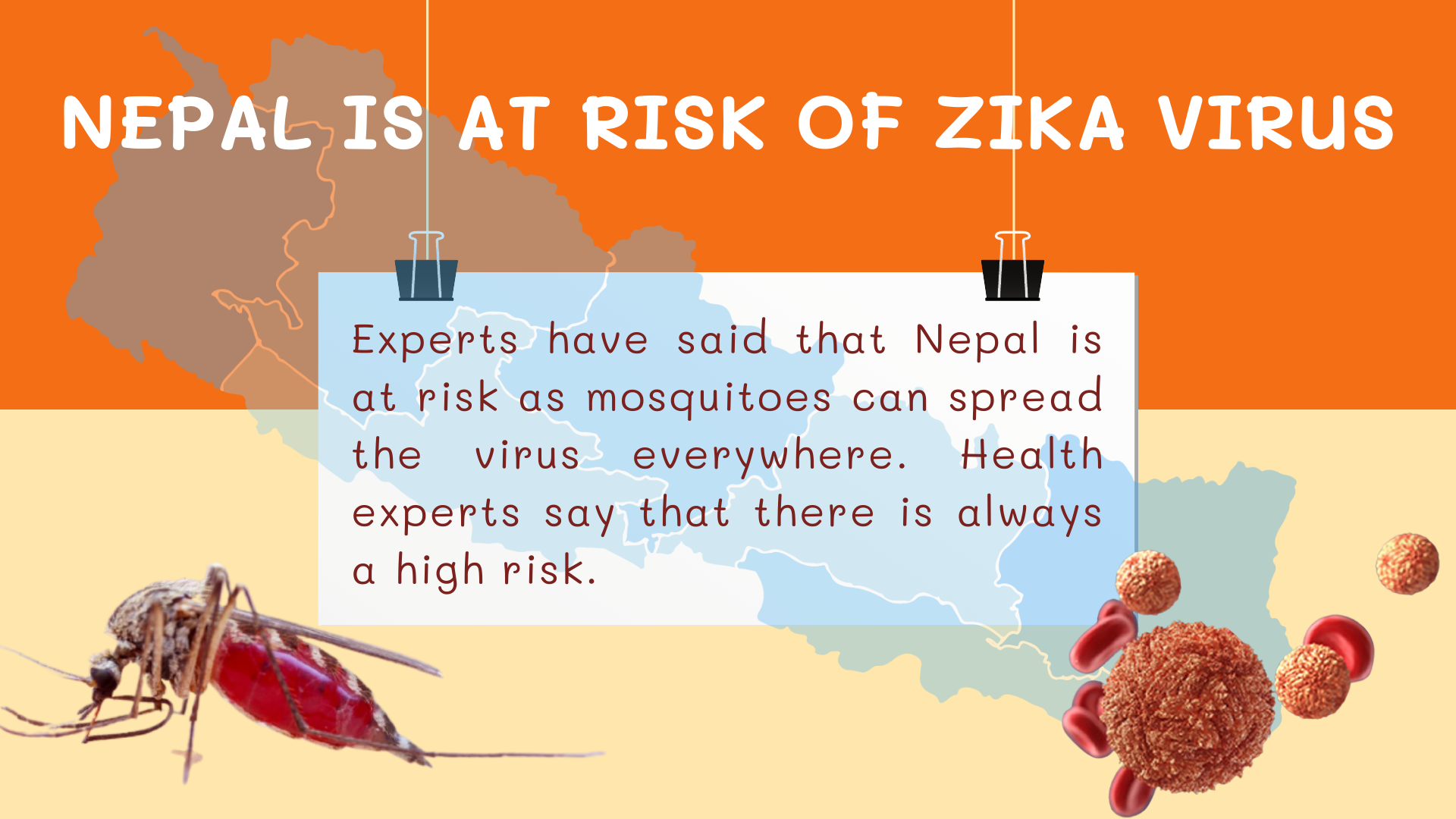 "There is a possibility that the virus could spread easily when there is an open border and the risk is even greater as there is a lot of air travel between Nepal and India," he said.

According to him, even though there is no high complication like death in the self-infected, if the infection occurs in a pregnant woman, it will cause problems in the unborn child, so it should be taken care of. "If a child is born with a disability, it is a financial burden for the country," he said. Lately, dengue has also been seen. That means mosquitoes are also becoming more active. '

What is the Zika virus?

The infected person is bitten by the Aedes mosquito, which transmits the virus to others. According to the World Health Organization, the symptoms of infection are mild fever, headache, redness of muscles and joints, and redness of the eyes. These symptoms last for 2 to 7 weeks. No one may have any symptoms.

The virus can also cause gallbladder syndrome. It is a neurological problem in which the body's immune system attacks the nerve cells. It can weaken the muscles and sometimes even cause paralysis.

According to the World Health Organization, the virus was first identified in 1947 in monkeys in Uganda. It was later found in humans in Tanzania and Uganda in 1952. Zika has become an epidemic in Asia and the Pacific, Africa and the Americas. In 2015, the Zika virus spread to Brazil as an epidemic.

Infectious diseases are easily transmitted, so any country is at risk of infection. On top of that, every time contagious diseases appear in neighboring India, Nepal is at equal risk. However, in the absence of studies and research, these diseases have not been confirmed.

Infectious disease specialist Dr. Pun again suggests that the government should be brought under the scope of study and research on these infectious diseases. ‘Zika virus has not been tested in detail in Nepal so far. As there is no test, it is difficult to understand the situation in Nepal in particular. The study is necessary, 'said Dr. Pun. He said that even if Zika virus infection is seen in Nepal, it will be easier to formulate a future strategy in this regard.

The National Public Health Laboratory, which can test for Zika virus and other infectious diseases, does not seem to have paid attention. The director of the laboratory, Dr. Runa Jha says that if the laboratory is developed as a research laboratory, studies on such diseases will be conducted regularly.

She said that even though she had ordered reagents for the infectious disease test a month ago, that had not arrived. Dr. Jha says, ‘Zika virus has not been tested so far. We have also requested 10,000 reagents for assistance through the World Health Organization and the Center for Disease Control and Prevention (CDC) and are awaiting reagents who have ordered support.

According to her, the reagents come with a deadline for testing. "It is unknown at this time what he will do after leaving the post. If one is done regularly, it is updated and then another disease comes and then it becomes awkward to start searching. It is better to have regular research" she said.

Experts say that there is no cure or vaccine for the Zika virus, so it is important to focus on controlling the mosquitoes that spread the virus.