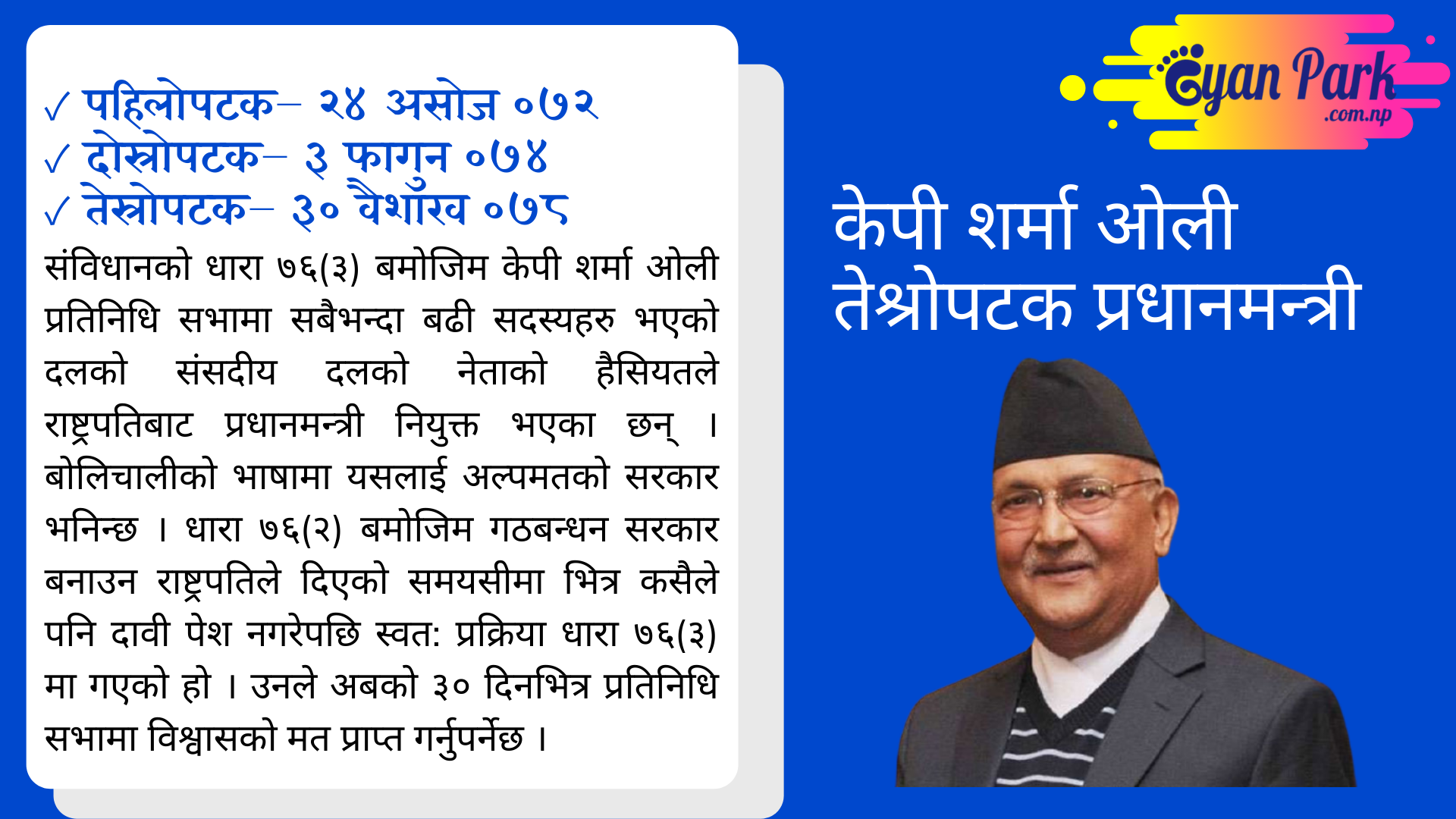 As per Article 76 (3) of the Constitution of Nepal, KP Sharma Oli has been appointed Prime Minister by President Bidhya Devi Bhandari as the parliamentary party leader of the political party with the highest number of members in the House of Representatives. In colloquial language, it is called a minority government. The process has gone to Article 76 (3) after no one submitted a claim within the time limit given by the President to form a coalition government as per Article 76 (2). Oli will have to get a vote of confidence in the House of Representatives within the next 30 days.