Nepal, the country of Asia, lying along the southern slopes of the Himalayan mountain ranges. It is landlocked between two most populous countries of the world, India in the East, South and West, and China in the North. Nepal is a home to natural beauty with traces of artifacts.

The Northern Himalayan range, where the highest peak of the world the Mount Everest stands, is covered with snow throughout the year. The middle range includes hills, valleys and lakes. The Southern range, which is also called Terai, is a gangaitic plain of alluvial soil and consists of dense forest area, national parks, wildlife reserves and conservation areas. The temperature and rainfall differ from place to place.

About 30 million people belonging to different castes and ethnicity live in the geographically and climatically diversified conditions. Nepal presents an example of being united in diversity throughout history and has maintained its pride as being an independent sovereign state.

Nepal became the member of the United Nations in 1955 and has established diplomatic relations with other countries of the world. Major export commodities are paste, pulses, oil cake, catechu, jute bags, traditional hand knotted carpets, readymade garments, handicrafts and ginger.

On 25 April 2015, a 7.8 magnitude earthquake struck Nepal with a series of strong aftershocks including one of 7.3 magnitude on 12 May 2015. . It triggered avalanches, landslides, and crakes in the mountains and hills. These massive earthquakes and subsequent after-shocks caused 8,699 human deaths, 22,220 injured, 504,775 private and 1,340 government houses fully damaged. Several animals also died with the collapse of the private houses (as of 2 May 2015).

In addition, the seeds, food grains, agricultural tools, implements and machineries were also buried into the debris of the housed, which has severely disrupted the food production system and livelihoods in the 40 most affected districts. The United Nations estimated that the earthquakes had affected approximately eight million people. Destruction of buildings, roads and other infrastructure will make re-building a long-term challenge.

According to the International Labour Organisation, agriculture provides livelihoods for 68 percent of Nepal's population, accounting for 34 percent of the GDP. Nevertheless, Nepal struggles to produce an adequate supply of food for its citizens.

Farmers have limited access to improved seeds, new technologies, and market opportunities. Declining agricultural production has depressed rural economies and increased widespread hunger and urban migration. Thirty-six percent of Nepali children under the age of 5 years suffer from chronic malnutrition, or stunting, which causes debilitating effects such as blindness, brain damage, and infectious diseases, which can result in lifetime damage. 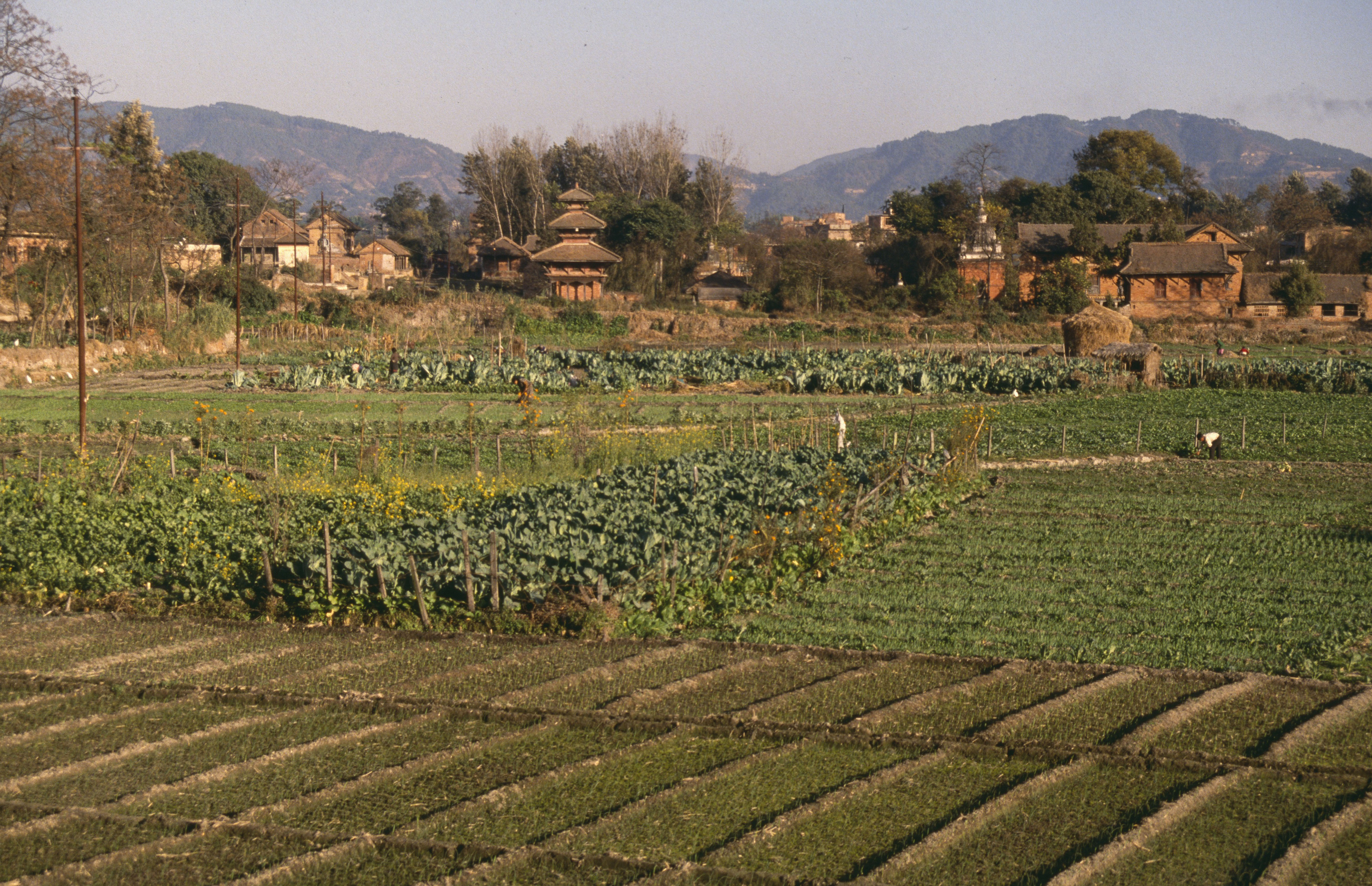 Nepal is an agricultural country having 66 percent people directly engaged in farming. Farming is subsistent in nature and crop is mostly integrated with livestock.

Livestock is one of the important sources of cash income of the farm households. Livestock products, which are sold for cash. The cash needs of the farm families are mainly met through the sale of milk, yoghurt, cheese, ghee, Chhurpi, meat, egg and live animals and poultry. Generally, farm families in mountains raise Yak or Chauri (Himalayan breed of cow) and sheep, in hills cow, sheep, goat and rural poultry and in Terai buffalo, cow, goat and poultry. Poultry husbandry is emerging enterprise in Terai and hills. Human and animal labours are major sources of farm power.

The crops that are grown for sale to earn money are called cash crops. Jute, sugarcane, tobacco, tea, coffee, etc. are cash crops. Jute requires plain land with hot and wet climate. Sugarcane and tobacco are grown in the plain areas. Crops need water during their growing stage for a short time. Similarly, tea is grown in the slopes of hills which receive rainfall and the water does not stay for long. Tea is also grown in plains by providing favorable conditions for its growth.

It is a part of agriculture as this activity is closely connected with crop farming. It has become a sort of side job for the rural population in Nepal. They raise cows, buffaloes, goats, sheep, pigs, horses, donkeys and poultry. Farmers rear animals for milk, wool, meat and manure. Farmers earn extra money by selling milk and use bullock and male buffaloes to plough field and pull cart.

It is very common in Nepal. Ponds are necessary for fish farming is considered as a profitable occupation. Fish provides protein and keeps us healthy. Fishery helps farmers to earn money.

Agriculture in the Terai

In the plains the land is very fertile. The rainfall and other climatic condition are also suitable to grow crops. So, the main occupation of the people in the Terai is agriculture. The main crops grown in the Terai are rice, wheat, sugar cane, maize, jowar, bajra and pulses. Rice needs hot and wet climate. There must be plenty of water during the period of its growth. The rice-growing season lasts about five months. It is sown in July-August and the harvesting is done in November-October. In some suitable areas, people grow rice twice a year.

Wheat is a winter crop. It is sown sometime in October or November, after the rains have stopped. The crop becomes ready in five months. The harvesting of wheat is generally completed by the middle of April. In the terai, the farmers also grow sugar cane. Sugar cane grows and ripens in about ten months. The juice is in the stem of the plant. When the plants are ripe, they are cut and sent to the sugar factory for crushing. The juice of the sugar cane is obtained by crushing. Then the juice is refined, and it is used to make molasses (gud), chaku and sugar.

Jute is another important crop in the Terai. It is mostly grown in Morang and Jhapa districts. From the stem of the jute plant a kind of strong fiber is obtained. This is used to make gunny bags, ropes and a number of other things. Beside these crops, the farmers also grow barley, gram, oil seeds and many kinds of pulses. They also grow many seasonal fruits and vegetables.

Agriculture in the Hills

Tea gardens are generally very large. In these gardens many women workers carrying big baskets on their backs. These women pluck the tea leaves and put them into the basket. When the basket is full, they carry it to the factory. In the factory, the tea leaves are sorted out and dried in a special way. Then, they are packed in boxes and sent out to distant places all over Nepal. Besides tea, the people in these hilly areas grow rice, sugar cane, maize and many kinds of vegetables.

Agriculture in the Mountains